In short, Ye Tian Gong (Fluid Field Work) is an internal exercise of the three DanTian and body fluids, mainly performed through breathing. Let us explore and explain each of the three constituent terms of the exercise's name.

Ye (fluid) is a gaseous or liquid substance composed of particles that enjoy a large degree of movement. This substance lacks a pre-defined shape and takes on the shape of its container. In fact, as it is not a hard substance, it easily yields to a little pressure.

The human body, which contains a huge amount of water and a significant amount of air, is mostly a fluid being. Therefore, often applying appropriate pressure on the various fluid parts of the body can increase the smooth, directional and functional behavior of the body fluid. Done during static or dynamic routines like daily chores or exercise, this appropriate pressure becomes a means of promoting better health and skill of self-defense. This means that the quality and the quantity of application of pressures on body fluid have a lot of influence towards the well-being of the human being. 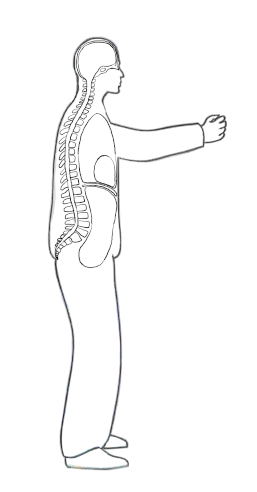 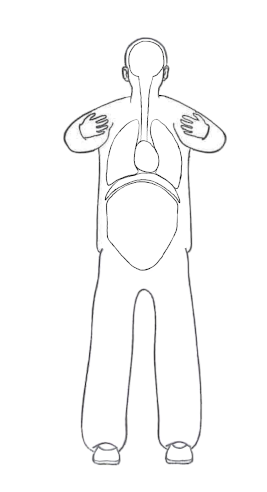 Tian (field) here refers to the three elixir fields (DanTians) of the body: the upper (Shang), the middle (Zhong), and the lower (Xia) elixir field. An elixir field is a site within the body where certain vital energy tends to exist and gather around. Hence, such a site can be regarded as an appropriate center for the further cultivations and refinements of that particular vital energy.

Zhong DanTian (middle elixir field) can be located at the center of the chest, inside the thoracic cavity. The thoracic cavity not only houses the heart and the lungs, containing air, but also houses ancestral and emotional energy related to joy and sadness.

Xia DanTian (lower elixir field) can be located at the center of the lower abdomen, within the abdominopelvic cavity. The abdominopelvic cavity not only houses the rest of the internal organs like liver, kidneys and spleen, containing important fluids like semen and digestive juices, but also houses prenatal and postnatal energy, as well as emotional energy related to fear, anger, anxiety and will power.

Gong (work) usually means routine or skilful work or exercise. Here it merely refers to regular exercise as a means of promoting health and skills in martial arts. Wei (external) Gong (work) is the exercise that concentrates more on the strengthening of the muscular skeletal parts of the body, less on the three cavities and their contents. Nei (internal) Gong (work) is the exercise that concentrates more on the two major cavities of the body, the thoracic and abdominopelvic cavities and their contents. As the outer body is harder than the inner one, Wei Gong (external work) can proceed in an external and faster way than Nei Gong (internal work). This is because the inner part of the body is more fragile and therefore Nei Gong (internal work) has to be carried out with more care in a rather soft and gentle manner.

To do work it is necessary to generate force. To move an object or particle is to apply a certain amount of force over a certain area of that particle. The amount of pressure is defined as this force over (divided by) that certain area. Obviously, an object or particle always moves according to the resultant of directional forces applied on various parts of its surface area. When there is a larger force applied to one side than to its opposite side, the object moves away from the stronger side towards the other side. This means it moves according to the gradient of pressure exerted. When a (resultant) equal force is applied to (resultant) equal sides of its surface area, an object stays stationary. Otherwise it moves along the gradient from a higher pressure to a lower pressure.

Fluid particles like air or water are obviously also moved according to the pressure gradient: from a region of higher pressure to a region of lower pressure.

The above physical principle explains the breathing and pumping mechanisms in the body.

Often, external schools of Qi Gong (energy work) or martial arts like to couple exercise with Thoracic Breathing in order to enhance its healing or combat efficiency. This is similar to internal schools of Qi Gong or martial arts, although they prefer to couple their exercise with Abdominopelvic Breathing in order to enhance their healing and combat skills. 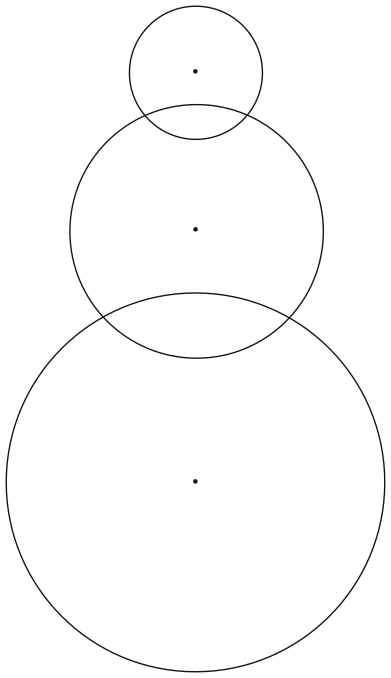 Ye Tian Gong (Fluid Field Work) can be primarily regarded as an internal exercise or work of the three DanTians and the body fluids found within these three cavities, working mainly through breathing.

The breathing system that directly involves the cranial cavities and their contents is called the upper elixir field breathing or Craniosacral Breathing. This breathing process involves mainly the breathing of cerebrospinal fluid.

The breathing process that involves the middle elixir field and its contents is called Thoracic Breathing. This is a process mainly involved with the breathing of air.

The breathing process that involves the abdominopelvic cavity and its contents, is called the Abdominal Breathing. This is a process mainly involved with the different abdominal fluids.

The reason a certain part of the body can breathe, is because of the direct participation of certain muscle groups surrounding that part, which are able to create a continuous fluctuation of pressure gradients, acting as a pump. This can happen automatically or can be regulated or modified consciously. To employ a conscious process upon a certain breathing system is to directly modify or regulate the participation of the muscle groups concerned. And in order to improve the efficiency, often the surrounding muscle groups that may not be responsible for the breathing process of that part have to be indirectly involved as well. This is the aim of such an employment : to improve the breathing of fluid and to improve the flowing of the contents of that DanTian.

Breathing systems pump fluids throughout the whole body, supplying the vital energy to every part that needs it. This circulation is essential to survival. Better breathing increases the circulation of the fluids and the energy.

Practically speaking, as a result of good functioning of the three breathing systems, the fluid within each system will become more able to continuously massage and position the organs within and also enable the DanTian or elixir field to cultivate and refine the vital energy contained within the field.

The development of Ye Tian Gong (Fluid Field Work) is necessary as this work aims at taking a much more wholistic and more inclusive approach than most of the comparable schools of internal martial arts.

Finally, Ye Tian Gong can be easily incorporated into daily activities, into common sports, and into any martial art, from Win Chun to Tai Chi, in order to enhance their value.